What Is Fat Burning Soup?

Fat Burning Soup is a 7-day diet plan that claims to help you shed up to 17 lbs for the first week. It is a soup-based fad diet that is originally designed for overweight people who have heart conditions.

This diet plan goes by several other names, such as the Sacred Heart Diet (as it’s believed to have originated from the Sacred Heart Memorial Hospital), Miami Heart Institute Diet, Spokane Heart Diet, Cleveland Clinic Diet, and the Cabbage Soup Diet.

Diet plans are very common these days, with the growing number of people who want to lose weight. Most of the time, dieters tend to go for fad diets that claim to work fast but will prove to be short-term and unhealthy in the end. 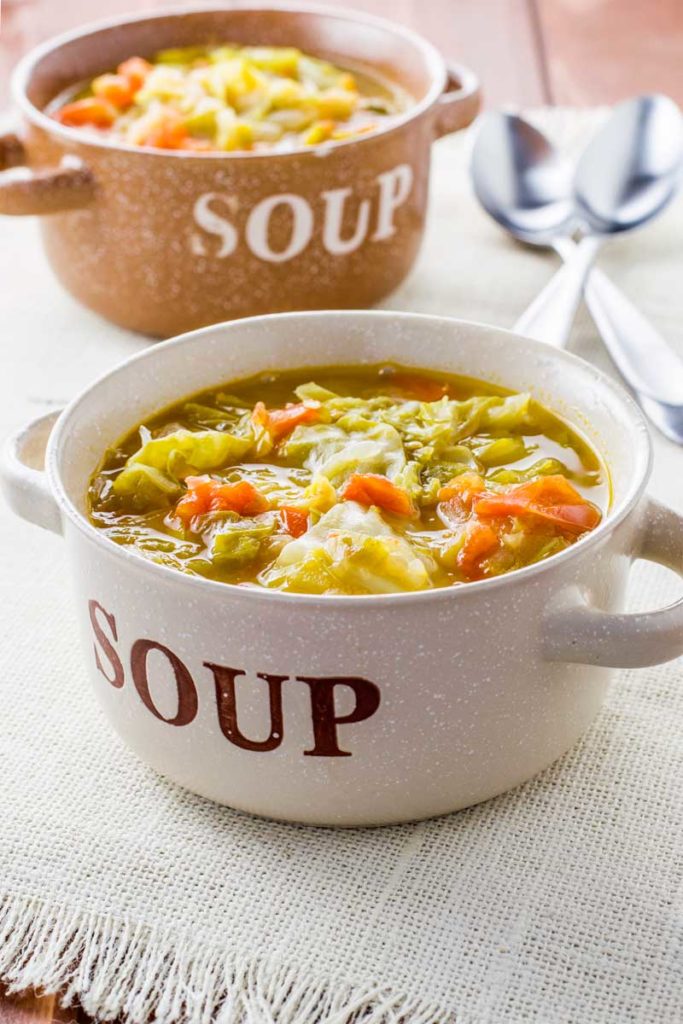 The Fat Burning Soup diet’s origin still remains unknown. A lot of sources say that it started initially as a quick weight loss approach for heart patients who are to undergo surgery. Interestingly though, those supposed hospitals have denied that they have anything to do with this diet plan.

Because of this, the history of this diet plan is still a big mystery. It was concluded, however, that its popularity was attained during the 80’s and 90’s. It has remained somewhat popular since then.

Due to all the negative reviews about Fat Burning Soup, we’ve been looking for a competitive diet plan that was proven more effective. We checked several of them with deception, and finally came around a real effective weight loss diet plan. You can read its review HERE.

Who Is Fat Burning Soup For?

It is believed that the Fat Burning Soup diet was designed primarily for overweight heart patients. This is a diet plan that must be initiated so that the patient will be healthy enough for surgery.

As the years go by, this diet plan continues to circulate, with some people still trying their luck with its rumored effect. While losing a few pounds may be true at some point, you also need to realize that this program will only work for a short-term weight loss goal.

If you like to trim down or lose a few pounds before an important event, this diet may work for you as it can only provide short-term effects. It’s also an option for those who are preparing for a more difficult diet plan.

How Does Fat Burning Soup Work?

This diet plan is also called the 7-day Fat Burning Soup diet. For a very obvious reason, it’s supposed to last for only 7 days, wherein you will be able to lose 10 to 17 lbs afterward.

For 7 straight days, your food intake will be limited to almost nothing but the cabbage soup that you will need to prepare yourself. As the days go by, you will also be allowed to add one or two more foods such as vegetables, fruits, and skim milk.

The goal is to reduce your calorie intake as the ingredients that you’ll be using for the soup are all low in calorie. Because of this, you can have as much soup as you want, as the natural liquid in it will promote a feeling of fullness.

Preparing Your Own Fat Burning Soup

You can eat your Fat Burning Soup 2-3 times a day, with other allowed foods that you can take per day. To prepare the soup, you will need to have the most basic ingredients:

For extra flavoring, you may also add shiitake mushrooms, tarragon, and rosemary. Preparation is very simple. First, you will need to saute’ all vegetables (cut into small to medium pieces), then add water and cover.

After boiling for at least 10 minutes, you can reduce heat and just let it simmer, until vegetables become tender. You can choose to add more spices like thyme, sage or oregano.

What To Eat With Fat Burning Soup?

Each day, there will be assigned foods that you can eat together with the Fat Burning Soup. On your first day, you can choose to eat any fruit, except banana. For beverages, you may go for water, cranberry juice or unsweetened tea.

On your second day, all vegetables will be allowed, but this time, no fruits. You can have canned, raw or fresh vegetables, however, you want it. Green and leafy vegetables are highly recommended.

On day 3, you can have as much soup, fruits, and vegetables. If you’ve been strictly following this diet plan, you will notice that you have lost at least 5lbs. Day 4 is for skimmed milk and bananas. You may consume up to 3 bananas so as to lessen your craving for sweets.

Day 5 will be for beef and tomatoes. The soup should also be taken at least once on this day. Drinking at least 6 glasses of water is also recommended.

For day 6, you can eat as much beef as you want, as long as you accompany it with lots of vegetables.

For the last day, you will be allowed to eat brown rice, vegetables, and unsweetened fruit juice. The soup must also be eaten at least once.

Fat Burning Soup diet is relatively simple and fast, but will only work as a short-term weight loss approach. While it may be true that you’ll lose a few pounds within 7 days, the weight that you’re going to lose will mainly be just water. This water is most likely to go back as soon as you’re done with the diet.

This diet plan also does not include any exercise, which is only expected because the body won’t be able to keep up with the energy requirement of working out or any similar movements. Because you’ve been on a low-calorie diet, the body will not be ready for any exercise.

Though it may seem that a diet plan that’s packed with vegetables won’t cause any side effects, it’s actually the other way around. Those who have tried the Fat Burning Soup diet have complained of side effects such as:

There are some dieters who have tried this diet plan, although you don’t really need to read a lot of Fat Burning Soup reviews just to get a feel for what this program really entails.

You might be able to lose weight, but it’s only temporary and may even lead to side effects that can trigger other medical conditions. Health experts rarely recommend low-calorie diets except when you’re actually under a doctor’s guidance.

Does Fat Burning Soup Really Work Or Is It A Scam?

If you are looking for a quick weight loss program that you can tackle on without too much hassle, the Fat Burning Soup diet plan may work for you in some ways. However, if you want to naturally and safely lose weight, this is not the kind of program that you’d like to choose.

Aside from it making you feel weak, bored and hungry, your body will be stripped off of the required nutrients that it needs. It does not encourage healthy lifestyle changes so that you’ll remain healthy even after losing weight.

It’s best to consult with your doctor first before trying on a new diet program. This will help you avoid making unnecessary mistakes that might only lead to risks instead of you being able to lose the weight you’ve been wanting to get rid off for so long.